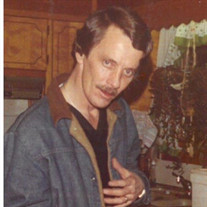 Mr. Douglas Turner &#8220;Doug&#8221; Hembree, age 76, of Jonesboro, passed away Tuesday, August 24, 2021. He was preceded in death by his parents, Joseph and Jeanette Hembree; his brother, Robert Hembree. He is survived by his wife, Judy... View Obituary & Service Information

The family of Douglas "Doug" Hembree created this Life Tributes page to make it easy to share your memories.

Send flowers to the Hembree family.