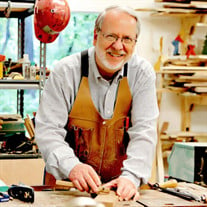 Not sure what to send?

George Terry Chapman (Terry), 76, of Fairburn passed away May 13, 2022. He was born in Crawfordville, GA to the late Helen Steed and Walter Chapman. After graduating from Alexander Stephens Institute in 1963, he continued his studies at Georgia Tech before being drafted into the Army Corps of Engineers, advancing to the rank of first lieutenant. He served from 1966-1969, spending the entirety of 1967 in Vietnam. Upon his return, he married his high school sweetheart, Jo Ann Pittman, whom he remained devoted to until her untimely passing in 2008. He returned to Georgia Tech, graduating in 1972 with a degree in Civil Engineering and later graduated from Georgia State University with a Master of Business Administration in 1985. He spent decades planning roads, drainage systems, and sewers throughout the metro Atlanta area, often joking with friends and strangers alike that he was #1 in #2. It wasn’t until he retired, however, that Terry went to work. For years he’d been a dedicated Habitat for Humanity volunteer. That passion kicked into overdrive as he became a lynchpin volunteer for the Southern Crescent chapter of Habitat for Humanity, driving a nail in at least 155 Habitat homes (likely more). He founded the Gray Ghosts, a collective of retired men committed to the same cause of helping build people places to live. Later, that same passion for helping those in need of housing shifted to Christian City where he continued his mission of sheltering society’s most vulnerable. When he wasn’t building someone else’s house, you’d find him at his, in his backyard wood shop. He loved just about everything about woodworking—turning bowls, furniture making, fly rod crafting, you name it. He was a man of many hobbies—from bee keeping and model making to pie baking and gingerbread house decorating. He was a voracious reader, generous in a thousand hidden ways, and cherished his friends. In retirement, after building countless homes for others, he formally got his General Contracting license and started Gingercraft with dear friend Cara Welch—a home building enterprise. He was so proud of what they accomplished together. Terry was dependable, whether for hard work or dumb jokes. He loved his son, his wife, taking care of people, eating at Judy’s in Fairburn, that his picture was in the original Varsity downtown, and Kim. And he was so grateful for all those who cared for him during his illness, particularly Nelanie and Olivia McAfee, who he loved deeply. He is survived by his son, The Reverend Dr. Jonathan Chapman and his husband Greg, of Killingly, Connecticut; niece Nelanie and great niece Olivia; brother, Bill Chapman, his wife Nancy, their daughter Lendy and granddaughter Sadie of Florida. He was predeceased by his wife, Jo Ann Pittman Chapman; sisters Jane Chapman of Crawfordville and Kathryn Chapman of Louisville, Kentucky. Services will be held at Christian City’s Children’s Village (7345 Red Oak Road, Union City) at 10am on June 21, 2022 with a luncheon to follow for all in attendance. Interment with military honors will take place the same day at 4pm at Raytown United Methodist Church, 5011 Lower Mill Road, Crawfordville, GA. Memorial donations can be made to Christian City Development Office, 7345 Red Oak Rd, Union City, GA 30291, or online at christiancity.org/give/donate-now

George Terry Chapman (Terry), 76, of Fairburn passed away May 13, 2022. He was born in Crawfordville, GA to the late Helen Steed and Walter Chapman. After graduating from Alexander Stephens Institute in 1963, he continued his studies at Georgia... View Obituary & Service Information

The family of George Terry Chapman created this Life Tributes page to make it easy to share your memories.

George Terry Chapman (Terry), 76, of Fairburn passed away May...