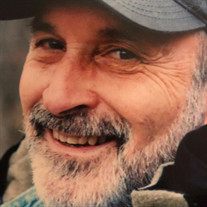 Newnan, GA…...Mr. Henry B. Rourk, 75, entered into rest on December 13, 2020 at his home. His funeral service will be held at 2:00pm on Tuesday, December 15, 2020 in the Parrot Funeral Home Chapel with Rev. Scott Rourk officiating. Interment will follow in Holly Hills Memorial Park. The family will receive friends at Parrot Funeral Home on Tuesday, December 15, 2020 from 12:00 until 2:00 PM. Mr. Rourk was a native of North Augusta, SC, a retired CSX locomotive engineer and a member of First Baptist Church Fairburn. Throughout his 38 year railroad career he was greatly loved and admired by his railroad family. He was a member of the Brotherhood of Locomotive Engineers. Henry gave blood to the Red Cross regularly. Henry was a man of many interests and virtues. He was devoted to his family and friends, a hysterical cut-up to the end and a selfless giver of his love, time and money. He was patient, kindhearted and devoted to his Lord and Savior Jesus Christ. He was a faithful husband to his wife of 56 years. He enjoyed traveling with her, as well as fishing, hunting, gardening, and sailing. He was preceded in death by his sister, Becky R. Scupin and his parents, Caesar “Cecil” W. Rourk and Alice Baxley Rourk. Survivors include his wife, Beverly Jean Rourk, sons, Jeffery A. Rourk of Newnan, GA, Russell A. Rourk (Ann) of McDonough, GA and C. Scott Rourk (Kristen) of Marietta, GA; his brother, C. Wilson Rourk, Jr. (Kathy) of McEwen, TN; his grandchildren, Lauren, Jacob and Joshua Rourk of McDonough; Justin Rourk of Dallas, TX, and Megan and Ethan Rourk of Marietta; 1 nephew, 5 nieces. Memorials may be made to the church he attended Chattahoochee Baptist Church https://onrealm.org/CHATTAHOOCHEEBC/Give Mr. Rourk’s funeral service will be available on Livestream.

The family of Henry Rourk created this Life Tributes page to make it easy to share your memories.

Send flowers to the Rourk family.