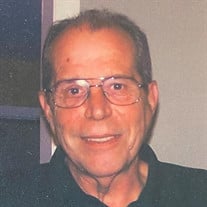 Jack Correia of Newnan, Georgia passed away peacefully in his home on December 15, 2021 at age 75. The son of Antonio and Rosa Gomes Correia, Jack was born July 27, 1946 in Bridgeport Connecticut. Throughout his youth, he lived in Bridgeport and graduated from Harding High School. Jack began employment with precious metals company Handy & Harman located in Fairfield Connecticut. Over his 32 years of employment he worked in various positions and culminated his career as a production planner. He began his transition into retirement working for the Registrar of Voters office in Stratford for the next 5 years. He also worked part-time for SecTek Security, providing armed security for various federal buildings located in Connecticut. Jack married his wife Bonnie Bender in 1975 and moved to Stratford Connecticut where they lived and raised their family for 29 years. He had a strong love for his family, God, and serving his community. Jack was a Weblos Leader for Cub Scout Pack 79, Scout Master for Boy Scout Troop 75 of Stratford, served on the Town of Stratford’s Building and Needs Committee, Public Safety Committee, Stratford Housing Authority Commissioner, and a member of Stratford Exchange Club. He was an avid woodworker, enjoyed family camping, fishing, and many other activities. Jack and Bonnie relocated to Newnan Georgia in 2006. Jack is survived by his beloved wife Bonnie, son Jason Correia (Karen) of Shelton Connecticut, son Vincent Wolczek (Kathleen) of Jefferson, daughter Debbi Jones (Chad) of Newnan, nine grandchildren, three great grandchildren, Brother-in-law Bob Bender (Donna), Sister-in-law Shelley Bender (Frank Recupido), nieces Alice and Lesia Wuchek, and many nieces and nephews. Jack was predeceased by his parents, brother Philip Correia (Virginia), sister Eleanor Wuchek (John), sister Maria Correia, Father and Mother-in-law George Bender (Adelle), and nephews Anthony and Michael Wuchek. Per Jack’s request there will be no calling hours. Those wishing to offer condolences and sign the online guestbook may do so at www.parrottfuneralhome.com

Jack Correia of Newnan, Georgia passed away peacefully in his home on December 15, 2021 at age 75. The son of Antonio and Rosa Gomes Correia, Jack was born July 27, 1946 in Bridgeport Connecticut. Throughout his youth, he lived in Bridgeport... View Obituary & Service Information

The family of Joaquim Anthony Correia created this Life Tributes page to make it easy to share your memories.

Jack Correia of Newnan, Georgia passed away peacefully in his...

Send flowers to the Correia family.