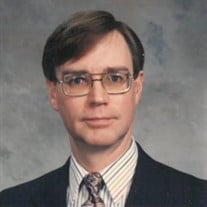 Ronald (Ron) Alan White, age 73, of Chattahoochee Hills, Georgia, died peacefully on April 25, 2021 at Southwest Christian Care Hospice in Union City, GA. Ron was born in Atlanta to McCoy and Helen (Mitchell) White, and grew up in East Point. He attended Jere A. Wells and Harris Street elementary schools, and graduated from Georgia Military Academy (GMA) in 1965. He graduated from Georgia Tech with an engineering degree. Ron’s career was in police and fire communications, first working for the City of East Point, where he met his future wife, Julie Long. After taking early retirement from East Point in 1986, he began working for Fulton County as 911 Operations Manager, from which he retired in 2015. He was a member of the East Point Avenue Methodist Church in East Point where he and Julie were married. They later transferred to Southwest Christian Church in East Point. Ron was a gifted musician, playing piano and organ and singing in his church choirs, the GMA Glee Club, the Georgia Tech Glee Club, and later with the Southern Crescent Chorale, of which he was proud to be a member for eleven years. He reluctantly retired from the Chorale when his health began to fail in 2017. Ron was a loving and kind husband and brother, highly intelligent, especially in the field of electronics, and was very funny with a delightfully quick wit. He made many good friends along the way at church, work, and the Chorale. He is survived by his wife, Julie Long White of Chattahoochee Hills, his sister Anne White of Smyrna, his aunts Jane Mitchell Jones (of Virginia and North Carolina) and Jane Baskin Mitchell of College Park, and a host of Cousins. Parrott Funeral Home in Fairburn is in charge of the arrangements. Due to Covid-19 restrictions, there will be no visitation. A graveside service will be held Wednesday, April 28, 2021 at 1:00 p.m. at Forest Lawn Memorial Gardens in College Park, GA In lieu of flowers, donations in Ron’s memory can be made to the Southwest Christian Care Hospice, 7225 Lester Road, Union City, GA 30291.

The family of Ronald (Ron) Alan White created this Life Tributes page to make it easy to share your memories.

Send flowers to the White family.