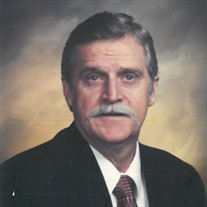 Mr. Sherrel Dean “Smitty” Smith, 79, of Sharpsburg, passed away at his home on Monday, October 12, 2020. Mr. Smith was born March 22, 1941 in Dallas, Georgia, the eldest son of the late Lemon Smith and Opal Carnes Smith. He was preceded in death by a son, Christopher Paul Smith. Smitty enlisted in the Air Force at the age of 19, as an E-3, and served a four year term. During his service in Louisiana he met his wife, Ann while out cruising with friends on weekend. One visit to the root beer stand and the deal was sealed. They were married on June 15, 1963. After serving in Montana for a year and fulfilling his enlistment from 1960-1964, he received an honorable discharge. Smitty and Ann returned to Georgia where they raised their three boys. He worked for Eastern Airlines for 17 years. Mr. Smith was a parishioner of St. Mary Magdalene Catholic Church in Sharpsburg. He was a 4th Degree Knight with the Knights of Columbus. He is survived by his wife of 57 years, Winnifred Broussard Smith; sons and daughter-in-law, James Smith of Sharpsburg, and Steve Smith and Lisa (nee Kyle) of Jonesboro; grandchildren and their spouses, Joshua Smith and Sarah Smith (nee Hendrix), of Newnan, Paige (nee Smith) and Will Bryant of Orlando, FL; Jarrett Kyle, and Brooke Smith both of Jonesboro; great-grandchildren, Isaac, Eliza, Grace, Norah Ann, and Owen Smith all of Newnan. The funeral service for Mr. Smith will be Held at 11:30 on Thursday, October 15, 2020 at St. Mary Magdalene Catholic Church with Father Crone officiating. Interment will follow at Sherwood Memorial Gardens in Jonesboro. The family will receive friends at the church from 10:30 until 11:30 before the service.

The family of Mr. Sherrel Dean "Smitty" Smith created this Life Tributes page to make it easy to share your memories.

Send flowers to the Smith family.