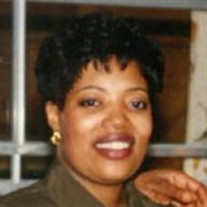 Tracy I. Campbell was born April 5th 1962 in Philadelphia Pa. the second child of George and Mary Ruth Campbell. The family moved to Williamstown New Jersey early in her youth where she attended the Monroe Township School System. After graduating from Willamstown High School in 1979 she joined the United States Air Force where she served for 4 years as a Medical Admin Specialist at Tyndall Air Base in Panama City Florida. It was during this tour of duty that she met fellow airman, Donald Johnson, who also worked in the same hospital. They became close and eventually married in Sept 1983. To this union was born Ari Jaron Johnson in Nov 1984. Upon leaving the Air Force with honors the family moved to Atlanta in 1985. Tracy began her professional career at the Marriott Atlanta Airport Hotel where she started out as a server in the employee cafeteria. Six months later she was promoted to Assistant House Keeping Mgr. After 2 years she was then promoted to Section House Keeping Mgr at the Marriott Marquis Hotel in downtown Atlanta. Tracy then express an interest in managing her own property. After some consideration Tracy accepted a rolling managerial position where she was sent to trouble shoot and restore struggling properties in the metro Atlanta area. She went on to manage the Fairfield Inn Morrow Ga., The Courtryard Suites in both Marietta Ga and Sandy Springs Ga. and Laquinta Inn in Conyers Ga. After years of service in the hospitality industry she made a decision to slow down due to health reasons. She then went to manage multiple stores for a local storage company where she became a valued employee and friend until she had to retire due to failing health. Tracy was always a strong and proud presence wherever she went. She never yielded to the pressures around her and only wanted things done right. She enjoyed cooking, reading, and sipping Canadian Mist while watching sports and soap operas. After a long and hard fought battle with lymphoma, Tracy departed this life on August 2nd 2021. She was preceded in death by her mother, Mary Ruth Campbell and her sister Crystal O. Williams both of Williamstown New Jersey. She leaves in mourning her husband, Donald Johnson of Tryone Ga. Son, Ari Johnson, daughter-in-law Deirdra Johnson and two grandsons Zion and Noah all of Fayetteville Ga. Her father, George Campbell of Williamstown New Jersey, one brother Dewane Campbell of Philadelphia Pa., two aunts, two uncles and host of family and friends.

Tracy I. Campbell was born April 5th 1962 in Philadelphia Pa. the second child of George and Mary Ruth Campbell. The family moved to Williamstown New Jersey early in her youth where she attended the Monroe Township School System. After graduating... View Obituary & Service Information

The family of Tracy Johnson created this Life Tributes page to make it easy to share your memories.

Send flowers to the Johnson family.