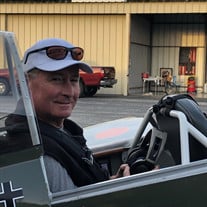 Lieutenant Commander Warren ‘Moon’ Mowry, III, celebrated Naval Officer, Top Gun aviator and Delta pilot tragically passed away Wednesday, October 6, 2021, at the age of 55. Warren spent his early childhood in Pensacola, Florida and, after moving, graduated high school in Wilbraham, Massachusetts. He attended the prestigious Northwestern University in Evanston, Illinois outside of Chicago on a Naval ROTC scholarship. He graduated in 1988 with a degree in Chemical Engineering. Warren started his Navy career in Pensacola on a two-year journey to earn his “Wings of Gold.” That dream was realized in January 1991 as he was winged a Naval Aviator at NAS Meridian, MS. Achieving top rank in his Winging Class afforded him his first choice of Duty Assignments flying the F/A-18 “Hornet” out of NAS Cecil Field in Jacksonville, FL That exceptionalism continued to follow Warren throughout his Naval career as he deployed twice with the VFA-37 “Bulls” to the Mediterranean and Red Sea in support of Contingency Operations over Iraq and Bosnia. Always at the “Tip of the Spear”, he was selected for the prestigious Navy TopGun Fighter Weapons School in Miramar, California in 1994 where he honed his skills as both a supreme tactician and more importantly as an Instructor. It was as an Instructor that Warren found his true calling. He was selected as one of the initial cadre of Strike Fighter Tactics Instructors and was assigned to the Strike Fighter Weapons School, Atlantic at Cecil Field. As one of a select few responsible for developing and shaping the Tactical training of the entire F/A-18 Community, Warren influenced countless future combat pilots in the Art of deploying the F/A-18 throughout its entire range of Air-Air and Air-Ground Missions. He achieved over a thousand hours and three hundred Carrier landings flying the F/A-18 during his highly decorated Naval Career. After leaving the Navy, Warren began a twenty three-year career as a pilot with Delta Airlines, based in Atlanta. In 2016, Warren was able to return to his love of teaching as a Delta pilot instructor on the Boeing 717- 200 airframe. In 2017, Warren became Chairman of the Delta Pilot Assistance Committee (DPCA). This program supports pilots struggling with alcohol and substance abuse. The program is completely confidential and acts as the much-needed liaison between the Federal Aviation Administration, Delta Airlines, and the medical community. Warren was a servant leader and passionate about recovery. On a daily basis, he selflessly volunteered his time helping others with substance abuse. He was the leader in the identification, treatment, recertification and aftercare for pilots. Working on the committee for over a decade, he helped hundreds of pilots navigate their way back to the cockpit while collaborating with ALPA, Delta management and the FAA with the utmost professionalism and respect. With his empathy and compassion, he helped save careers, lives and families all over the country. He was humbly dedicated to others. Warren is the proud father of two sons; Tyler (24) and Ryan (18). Warren and Ryan share a passion for golf. Ryan was a standout golfer at McIntosh High School in their hometown of Peachtree City, Georgia. He declined the opportunity to play at the next level to follow in his father's footsteps. Like Warren, Ryan is on a full Naval ROTC scholarship at Auburn University, majoring in quantitative economics. Tyler attended, played baseball at, and graduated from the United States Merchant Marine Academy with a commission as a Naval Reserve Officer. He majored in Marine Transportation and currently sails as a navigator aboard U.S. Merchant Vessels. The three men are as tight-knit as they come. Warren is married to his wife Kathy. The two share a love for the outdoors and cherish memories of running together on the beach at sunrise. The couple split their time between living the country life on a farm outside of Atlanta and living out on Saint Simons Island where they fished on the boat that Warren had always dreamed of owning. Kathy could often be seen riding on the back of Warren’s Harley as they sped out for dinner. They loved to kayak, hike, bike and paddleboard. At the end of the evening, they enjoyed just hanging out with each other watching the sun set over the tree line on the farm. Warren leaves behind is wife; Kathy Mowry, his mother; Anne Mowry, his sons; Tyler Mowry and Ryan Mowry, his sister; Jennifer Johnson, his brother-in-law; Wendell Johnson, two nieces and a nephew, three stepdaughters, and numerous aunts and uncles. A Celebration of Life event will be held November 9th, 2021, at 6pm at the Delta Flight Museum in Atlanta. In lieu of flowers, the family requests that donations be made to MARR Addiction Treatment Centers. Donations can be sent in his name to 2815 Clearview Place, Atlanta GA 30340 or go to www.marrinc.org/donations.

The family of Warren Mowry, III created this Life Tributes page to make it easy to share your memories.